To share your memory on the wall of Jack Banks, sign in using one of the following options:

At 18 Jack enlisted in the Canadian Army and served his country with honour and pride during WW2 with the 48th Highlanders of Canada in Canada, Scotland, England, Netherlands and Belgium during the war. He was awarded the France and Germany Star, The War Medal 1939-1945 and the Canadian VSM. After the war he worked for many years at Cockshutts in Brantford staying on when it became White Farm Equipment. He was proud to be chosen to travel on their behalf throughout the northwestern US teaching American counterparts how to fix their combines. His work in the factory helped him to afford being a farmer and Jack and Bea owned several farms in the Harley area throughout his life. He was particularly fond of his fruit orchards. A man who loved nature, Jack delighted in teaching his grandchildren how to identify trees and plants and passed down his love of gardening to all his children. When a tornado decimated their farm in 1979, his children were amazed at the number of people who came from far and wide to help out and donate money, showing them how many people loved Jack and Bea. Jack was a kind and honest man who believed in an honest day's work for an honest day's pay. He was an active community member and participated in many Church events. At Norwich Presbyterian Church he was known for shaking hands and greeting everyone before leaving a service. He went gently into that good night secure in the knowledge that he would be with his Father in heaven that day and that we would all be together again someday. May it be so, but in the mean time he is sadly missed by his loving family.

Friends will be received at the Keith Ovington Funeral Home, 134 King Street, Burford on Friday September 25, 2020 from 6-8 p.m. A private family service will be held. In lieu of flowers, donations may be made to charities that Jack and Bea supported for many years, Operation Eyesight Universal or Turning Point Youth Services. Keith Ovington 519-449-1112. www.keithovington.ca
Read Less

Print
A private family service will be held.

We encourage you to share your most beloved memories of Jack here, so that the family and other loved ones can always see it. You can upload cherished photographs, or share your favorite stories, and can even comment on those shared by others.

The Deisley Women sent flowers to the family of Jack William Banks.
Show you care by sending flowers

Dad would ha e be very happy about that!
LD

Posted Sep 24, 2020 at 07:08pm
To Bea and family - we offer our sincere condolences. We remember Jack's fields of cucumbers and pumpkins.
From The "Hooton" girls, Linda Debus, Pat Nowack, and Gail Harwood.
Comment Share
Share via:
LW

Posted Sep 23, 2020 at 04:20pm
Dear Beatrice and Family: Dan and I were heart broken to hear Jack had passed. He was a wonderful and kind hearted person. You were so blessed to have him. We will carry his memory with us always, Love and hugs to all of you. Luann & Dan Wagner
Comment Share
Share via:
HS

Posted Sep 23, 2020 at 03:40pm
Please accept our most heartfelt sympathies for your loss... Our thoughts are with you and your family during this difficult time.

Flowers were purchased for the family of Jack Banks. Send Flowers

Posted Sep 23, 2020 at 02:36pm
Sorry to hear of your husbands passing. I am the daughter of Floyd Walker, who rode to work at White's with Jack for many years. My dad never had a bad word to say about Jack. He was a hardworking man and I'm sure he will be missed by all who knew him. My dad passed away Aug. 2011.
Dianne Westbrook
Comment Share
Share via:
TD

My mother remembered you right away and recalled the bus trip to Pennsylvania! Thank you for remembering him 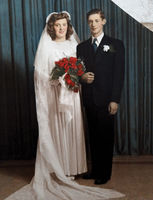 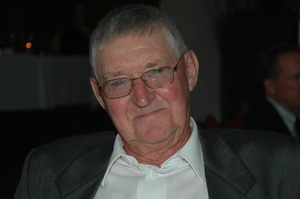