To share your memory on the wall of Theodore Vanderlans, sign in using one of the following options:

As a young man, Ted served in the 7th December Division of the Dutch military and was stationed in Indonesia from 1946 to 1949. He returned to Holland where he married Helen and then immigrated to Canada in 1953. After immigrating from Holland, Ted started working on a tobacco farm. He also spent a few years working at a factory in Brantford before finding work in his area of expertise as an electrician and plumber. He spent several years working for Bevan Electric in the Burford area before going out on his own in the electrical and plumbing business. He then worked for many more years as a school bus driver for Sharp Bus Lines, driving the students of Blessed Sacrament School in Burford. Ted also served as a councilman for the Township of Burford, was involved for many years with the Dutch Club and Dutch Village in Brantford and was a life time member of the Royal Canadian Legion, Branch 543, in Burford. Our heartfelt thanks to the staff at Brierwood Gardens for their excellent care of Ted over the past 2 years.

A Celebration of Ted’s life will be held at a later date. Arrangements have been entrusted to Keith Ovington Funeral Home, 134 King Street, Burford. In lieu of flowers, donations can be made to the Stedman Community Hospice/Hankinson House, Brantford, Ontario or to a charity of your choice. Keith Ovington 519-449-1112. www.keithovington.ca

A special thank you to the Doctors and Nurses at Brantford General and to the Nurses in Palliative Care during his final hours for their care and compassion.
Read Less

The insignias listed here may be subject to copyright and/or trademarked. Those copyrights and trademarks are owned by the respective organizations.

Donations are being accepted for: Hankinson House-Stedman Community Hospice.

We encourage you to share your most beloved memories of Theodore here, so that the family and other loved ones can always see it. You can upload cherished photographs, or share your favorite stories, and can even comment on those shared by others.

Posted Aug 05, 2020 at 06:23am
Sorry to hear of the passing of Mr. Vanderlands, he was my bus driver when I was a kid and always welcomed everyone on his bus with a big smile. He was truly a great person, I always enjoyed chatting with him when ever I saw him out and about.
Comment Share
Share via:
JS

Posted Jul 24, 2020 at 09:43am
To the Vanderlans family,
Time marches on but the best memories last forever. Among many others, what I remember of Ted was a gentle man who had time and heart to coach uncoordinated pre-teen boys trying to learn how to play baseball. May your best memories help carry you all through your time of grieving and even give you a smile from time to time.
Ken Franklin
Comment Share
Share via:
FL

Posted Jul 22, 2020 at 05:34pm
A long time friend of my parents, I had the pleasure of knowing Ted and Helen. My condolences to Helen and family, Frank Littell.
Comment Share
Share via:
P

Posted Jul 22, 2020 at 02:25pm
Our sincere Sympathy to Family we will miss that SMILE& a Dutch Chat about the old days in the HOMELAND
Comment Share
Share via: 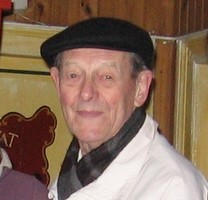