To share your memory on the wall of William Bonney, sign in using one of the following options:

The gesture that can change the world

Bill lived for 65 years on the family farm. He lived for farming, loved cutting wood and making maple syrup. He enjoyed a good green apple fight or corn cob fight, picking red trilliums, snowmobiling, playing hockey, fishing at the pond, cutting wood in the Hatchley swamp with his trusty tractor Christine and watching wrestling and Nascar. When possible, he enjoyed going to the various area tractor pulls with his good buddies Gill, Howard, Andy, Bernie and Dinky. Didn’t really enjoy his dip in the Ottawa River at John & Natalie Hedden’s wedding, but he survived that and many other accidents.

A Celebration of Bill will be held at a later date. Arrangements entrusted to the Keith Ovington Funeral Home, 134 King Street, Burford, Ontario. As expressions of sympathy, donations in Bill’s memory may be made to the Burford Township Historical Society, Burford Tractor Club or a charity of your choice. Keith Ovington 519-449-1112 www.keithovington.ca
Read Less

Provide comfort for the family by sending flowers

We encourage you to share your most beloved memories of William here, so that the family and other loved ones can always see it. You can upload cherished photographs, or share your favorite stories, and can even comment on those shared by others.

Posted Mar 28, 2020 at 05:52pm
Marcie and family. Wishing you peace to bring comfort, courage to face the days ahead and loving memories to forever hold in your hearts.

Posted Mar 28, 2020 at 04:19pm
Sorry to hear about the loss of your father. We are thinking of you and your family. cherish the memories , it won’t be be same on the Tenth without seeing him drive by , your dad was a great man! Being your neighbours and watching all you kids grow up and with great work ethics , the apple does not fall far from tree. Bill will be sadly missed and his wave he gave every time he drove by our place. 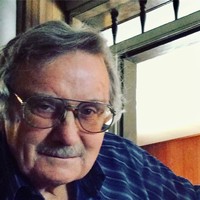 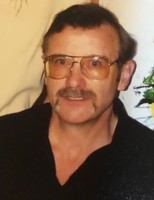 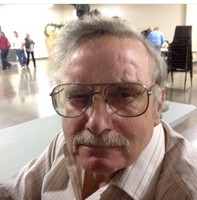 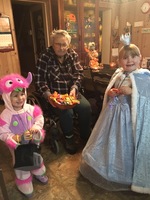