To share your memory on the wall of Frank Read, sign in using one of the following options:

Provide comfort for the family of Frank Read with a meaningful gesture of sympathy.

A graduate of Western University, Frank spent his working years in both Insurance and Real Estate. He spent many years as an active member of the Brantford Rotary Club and the Boys & Girls Club, serving as President in both. Frank enjoyed his retirement years traveling extensively, watching golf, exploring new technologies, spending many hours in Dunnville at the cottage and supporting his treasured community of Canning.

Friends will be received at the Keith Ovington Funeral Home, 134 King Street, Burford on Friday from 6-9 p.m. and Saturday October 19, 2019 from 10-11 a.m. followed by a Funeral Service to be held in the chapel at 11:00 a.m. As expressions of sympathy, donations in Frank’s memory may be made to the Stedman Community Hospice or a charity of your choice. Keith Ovington 519-449-1112 www.keithovington.ca
Read Less

We encourage you to share your most beloved memories of Frank here, so that the family and other loved ones can always see it. You can upload cherished photographs, or share your favorite stories, and can even comment on those shared by others.

Your friends at Fastenal and Kevin & Jennifer Carter have sent flowers to the family of Frank William Read.
Show you care by sending flowers

Flowers were purchased for the family of Frank Read. Send Flowers

Posted Oct 18, 2019 at 08:18am
To the family: On behalf of the Lambton Middlesex Rec Hockey League, we send condolences on the passing of Frank.
Comment Share
Share via:
DA 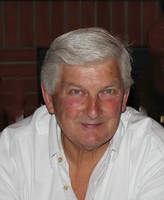